Technological innovation is transforming the field of medicine. The resources available at a modern-day hospital allow for doctors to treat patients with an increasingly large range of issues. Using new technologies, medical emergencies that once seemed certainly fatal can now be better battled, significantly elevating patients’ chances of survival.

However, this recent upsurge in innovation has yet to influence the Emergency Medical Services (EMS) industry. As a result, EMS response times have plateaued, and a large number of patients that doctors are now capable of helping are lost. The current widely implemented EMS system is based on first-aid being provided by paramedics, travelling via ambulance. Thus, response times are dependent on and restricted by traffic conditions and the quality of infrastructure.

In life-threatening medical emergencies, receiving first-aid at an early stage can revive the patient or increase their time to death, allowing more time for their transportation to a hospital. Examples of such medical emergencies include heart attacks and gunshot/knife wounds. Regarding wounds, first-aid delivered at an early stage can prevent fatal blood loss and hypothermia.

It is evident that the development of an innovative EMS system that can provide patients first-aid within 5 minutes, irrespective of traffic and infrastructural conditions, will save lives and revolutionise the EMS industry, which is projected to exceed $63b by 2020.

Therefore, a group of peers and I set out to tackle this issue for our second year goup project at Imperial College. We designed a concept EMS system that addresses the shortcomings of the current widley adopted system. A top-level design of the system can be found on the bottom-right.

The concept EMS system designed involves the use of drones that can travel to a destination within a 5km radius in under 5 minutes. The nature of the patient’s medical emergency will determine the type of mobility module attached to the drone that is dispatched. The mobility module is an autonomous robot that can perform first-aid procedures for a given medical emergency. The developed prototype is a wound treating delta robot attachment that, once extensively tested, will serve as proof of concept for the more radical aspects of the proposed system.

As a vital module in a much-needed innovative system designed to drastically cutdown Emergency Medical Services’ (EMS) response times, the delta robot prototype is the first milestone in a plan to drive a revolution in the EMS industry. The robot was designed to autonomously treat wounds by filling them with a recently developed gel that stops bleeding. It is the first of a number of versions of the mobility module in the designed EMS system. Alternative versions will be developed to perform first-aid treatments for various common-place life-threatening medical emergencies.

The delta robot consists of the following core elements. A neural network, regression algorithm and blob detector that work in-conjunction to enable the robot’s vision. A hexagon-based structural design. A control system, which involves the use of a feedback system with a PID controller, inverse and forward kinematics as well as mapping functions. A stepper motor-based syringe module that delivers the robot’s gel pouring functionality. A switch-mode power supply unit that provides a stable power source for the robot’s motors, and its adjacent connection hub that routes signals to and from various components and boards.

Preliminary tests have been carried out on the working prototype and have produced encouraging results. The robot functions as intended. However, the installation of higher performance motors and further calibration of the control system are required for increased reliability and performance.

Subsequent steps will include developing an optimal drone, creating various mobility modules for a range of treatments, and completing a prototype of the entire concept system. Furthermore, collaboration with an established emergency services app to launch the system’s calling module (see Top-Level design below) will be explored. Following the development of a fully-functional prototype of the concept EMS system, financing solutions for the development of a finished product will be considered. 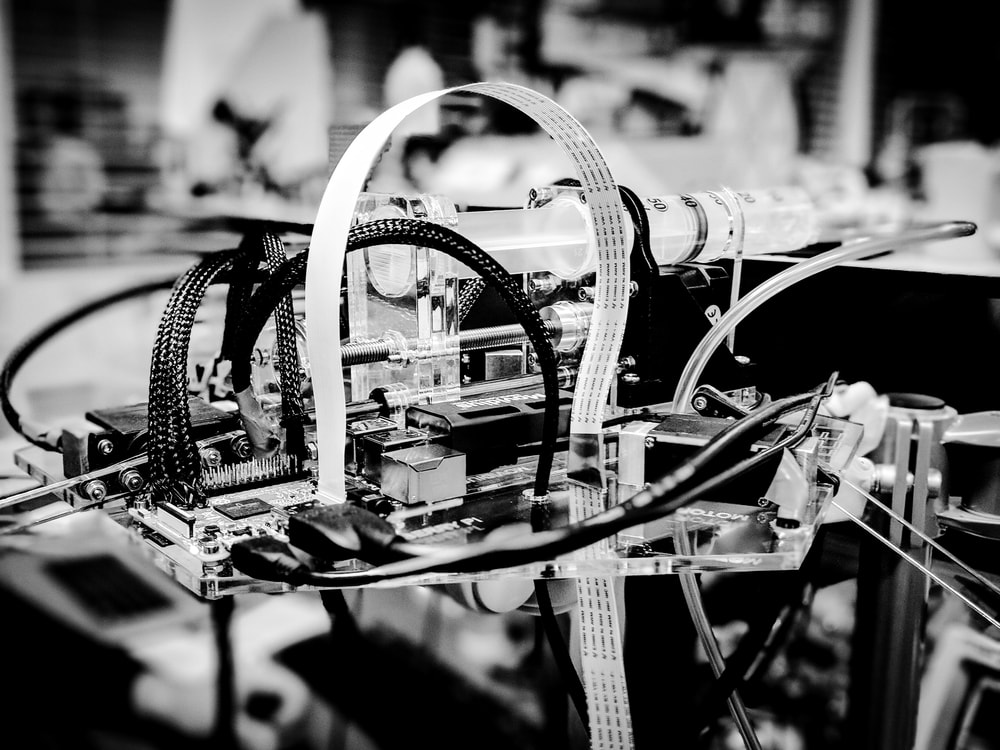 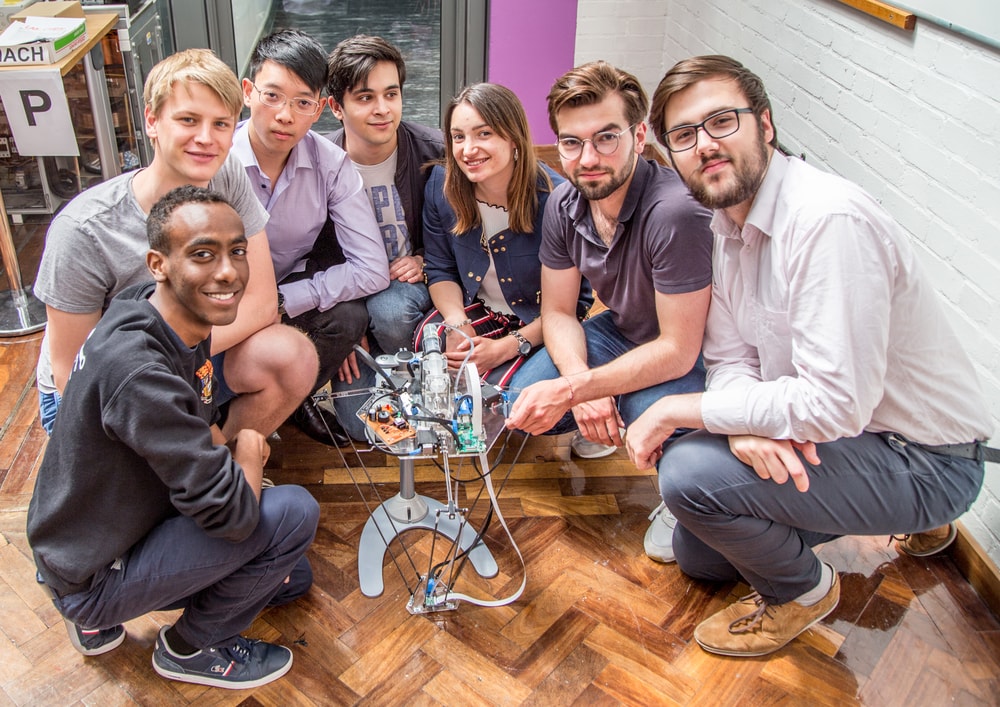 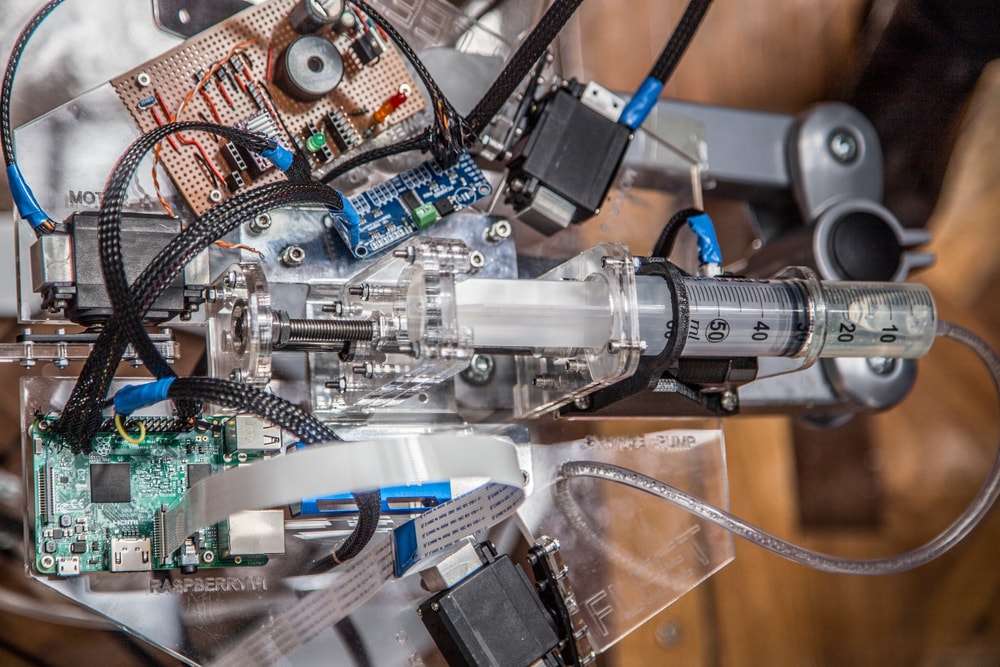 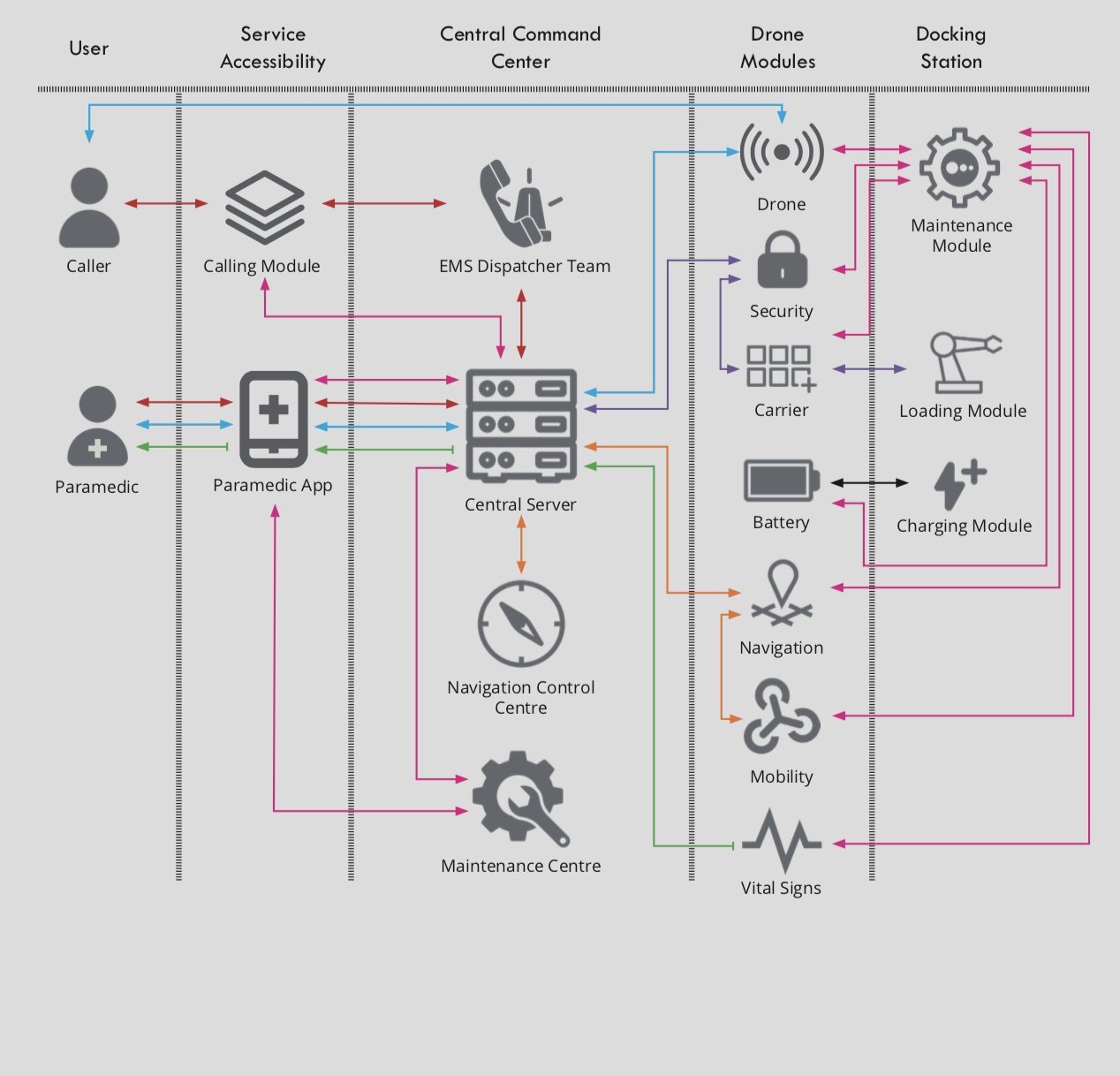 Please click on the mail icon (right) to report any bugs.